Handcrafted in Denmark. The purest alcohol is distilled with selected Nordic botanicals to give you a clean and crisp taste.

Herbie Gin is awarded The Gin Master 2018 and mentioned as "The top 10 best value-for-money gin brands".

Let's have your email end you will get some great gin-formations. 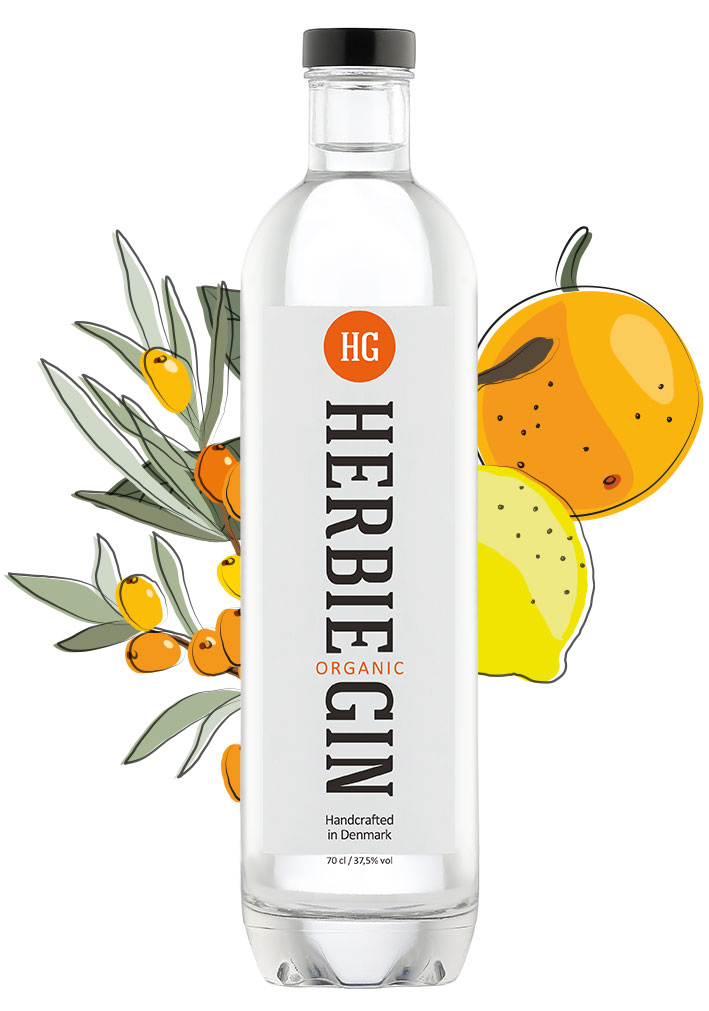 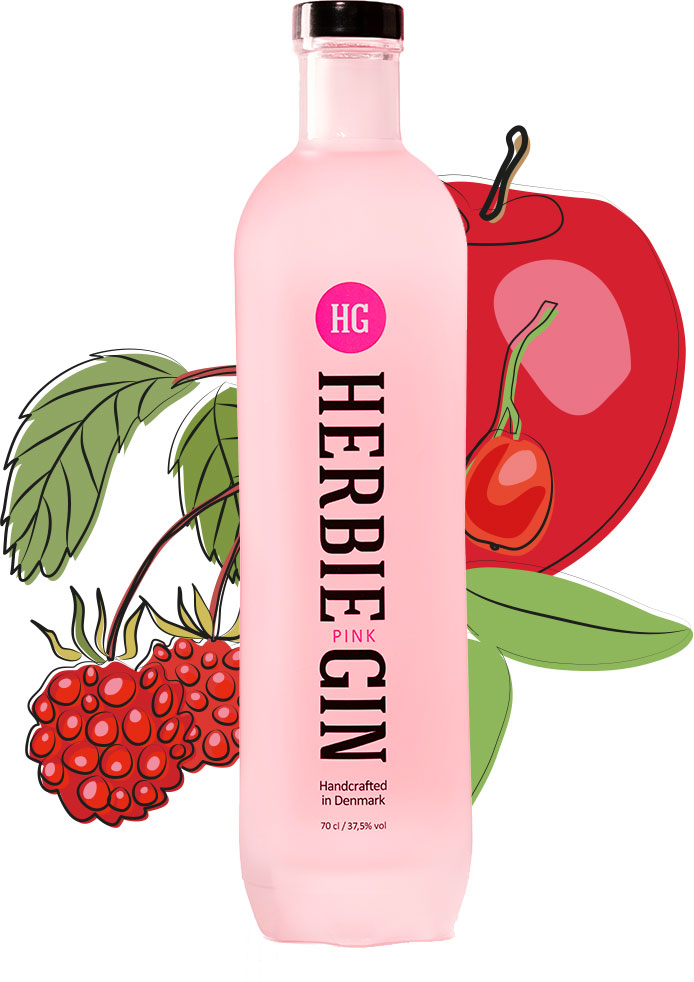 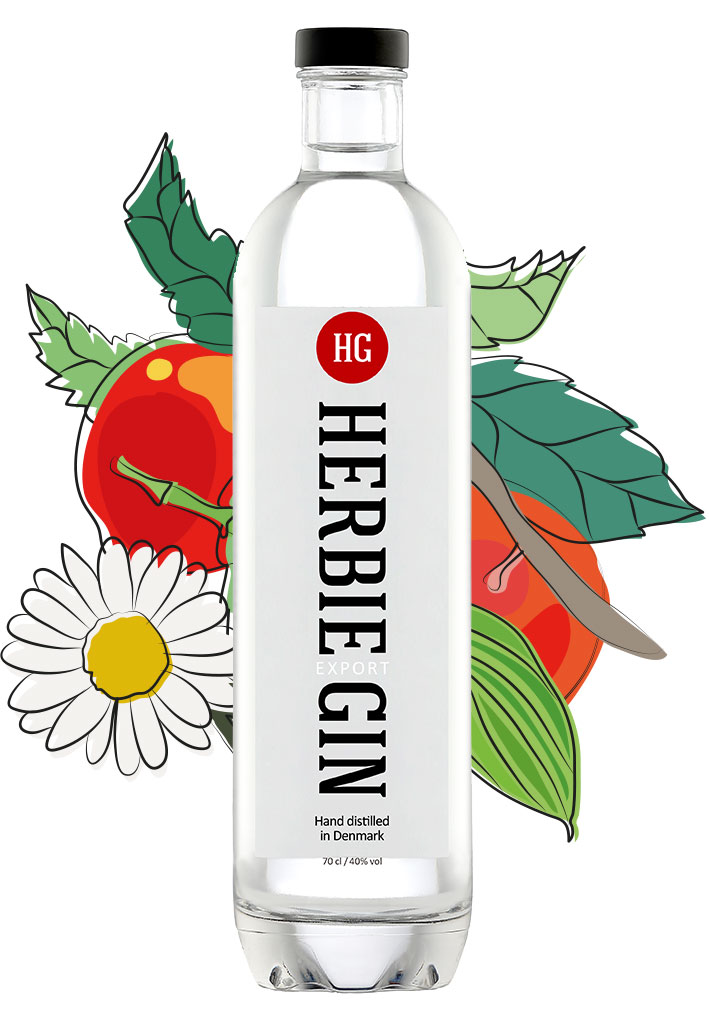 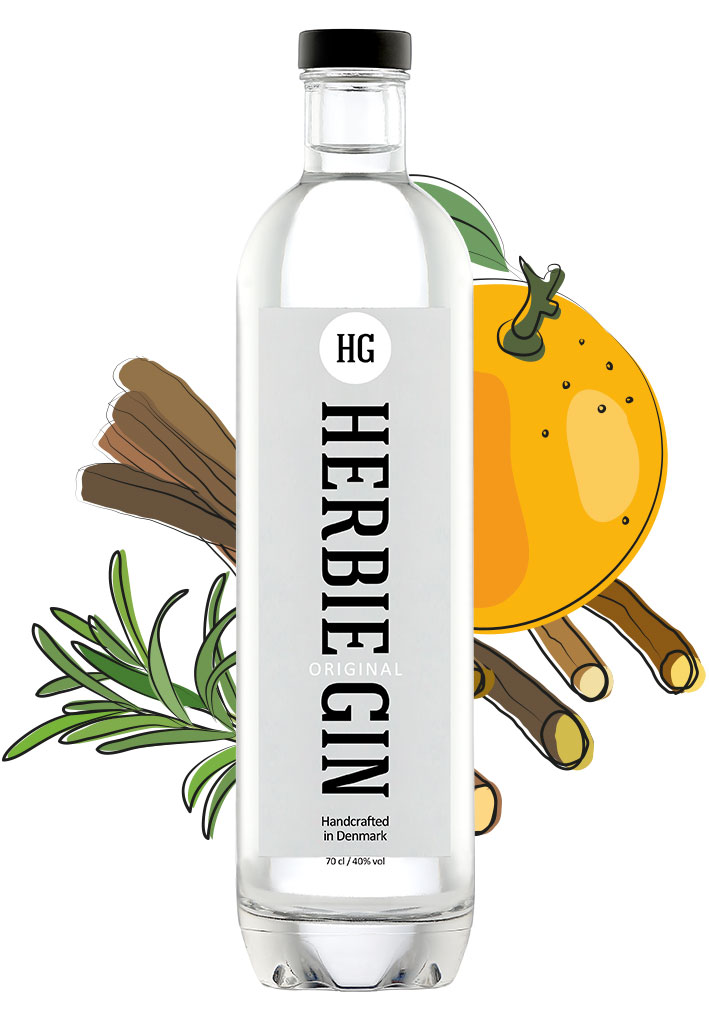 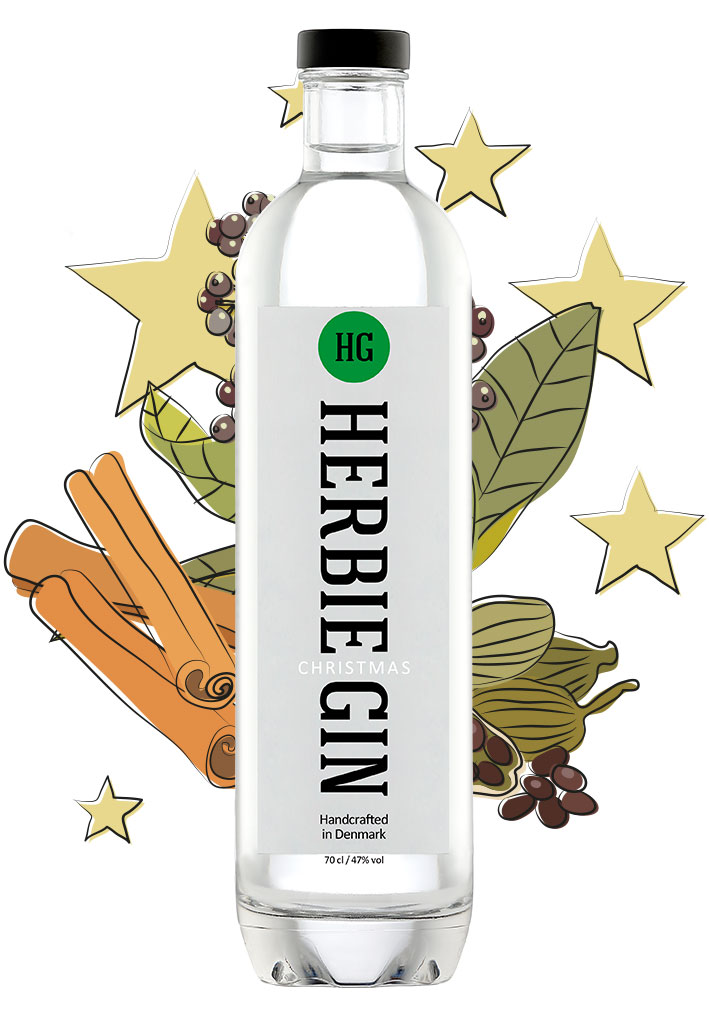 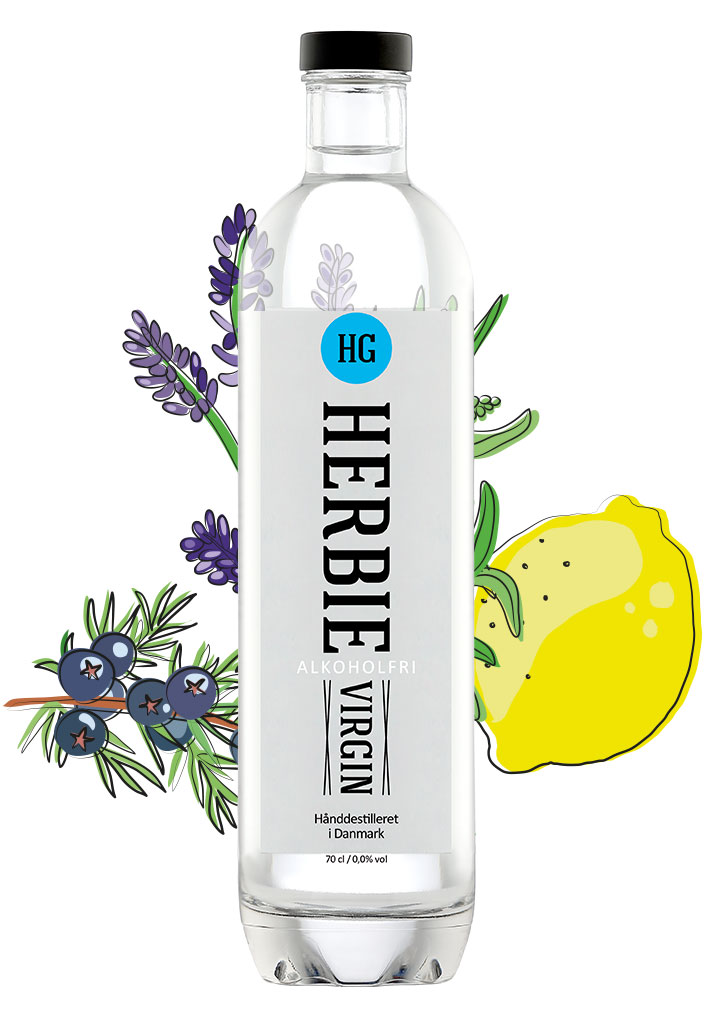 Shop all gins and more

Gin from Herbie Gin is Danish at its best. Proud craft traditions and uncompromising approach to raw materials and production can be tasted.

The very definition of gin is in fact simply: an alcoholic beverage with the taste of juniper berries.

With that in mind, we have created several award-winning gins that taste so much better that they can only be Danish.

Make no mistake about a good gin! It's right up there with the most sophisticated flavors in spirits. 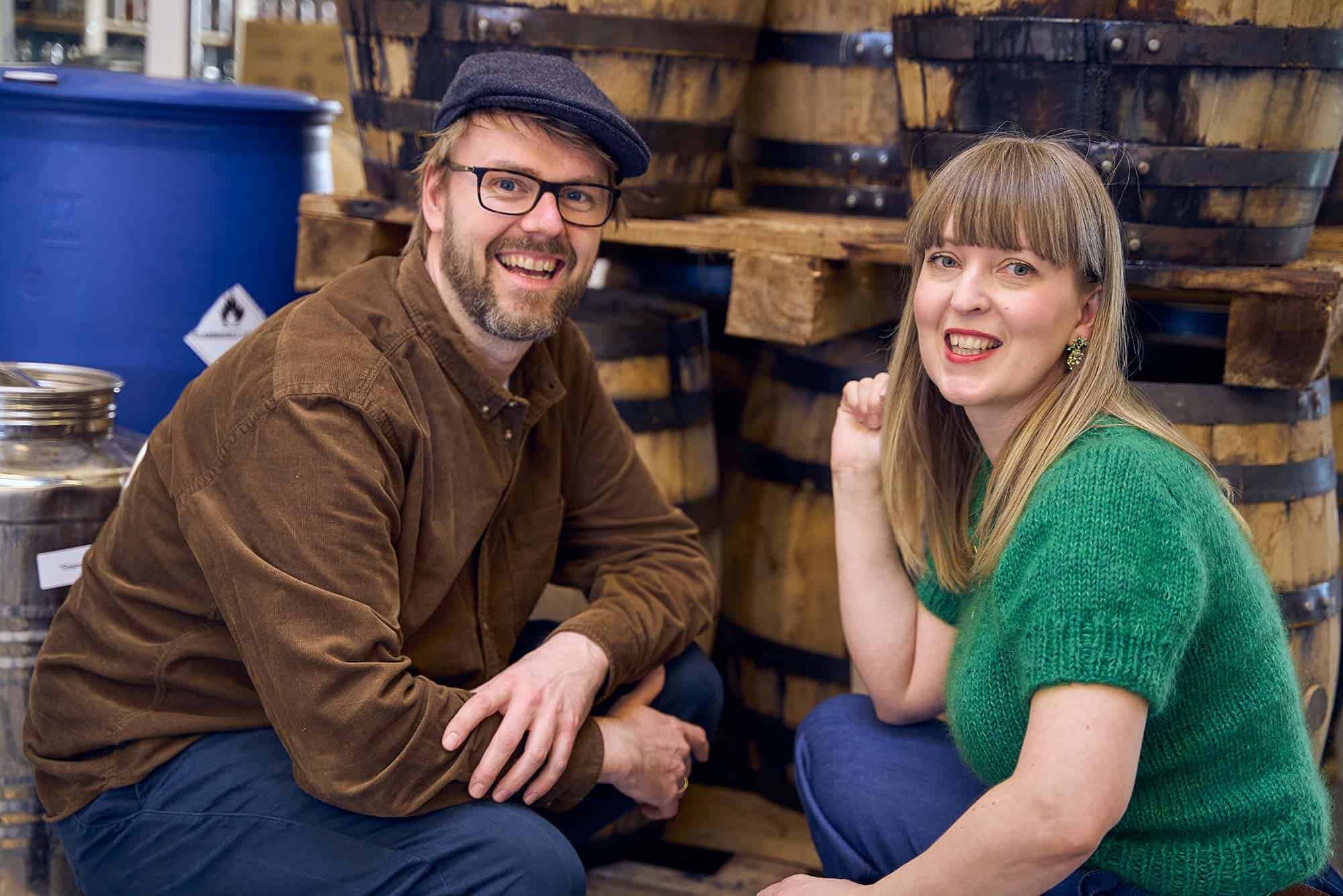 We started in 2013 in a basement in Copenhagen

From a cellar to award winning gin!

Since founding Skotlander Spirits in 2013, our mission has been to make value-for-money outstanding gin.

All Herbie Gins are handcrafted on a small pot still in Denmark.

What is Herbie Gin?

We take our cue from the purest spirits, distilled with selected herbs (botanicals) - because we know that only with the ultimate ingredients can we create the ultimate drink. We've even managed to create a non-alcoholic gin that can be used on a par with regular gin in cocktails and drinks. We call it - appropriately enough - Virgin.

Herbie Gin was born in North Jutland - at Nordisk Brænderi in Hjortdal. In 2016, award- winning distiller Anders Bilgram teamed up with spirits producer Anders Skotlander, world-renowned for Skotlander Rum, and the goal was clear:

Develop a Danish gin with plenty of character able to challenge and surprise.

Fair to say we have succeeded! A plethora of international awards and critics in gravel admiration is what we have achieved with our gin so far. In 2018, the English spirits magazine "The Spirit Business" named Herbie Gin one of the 10 best "value-for-money" gins in the world, and thus we must say that the mission has been accomplished.

Reviews are fine, and awards are nice to win - but the most important thing for us is that you get a unique experience with our gin. So, click here - check out the range and try the gin or gins you fancy: (link to the shop with gin)

The name Herbie Gin has 2 meanings:

1. It is a relatively "spicy" gin, hence the name Herbie, which gives the connection to herbs and flavors.

2. The name is also a tribute to the distiller's renowned master: the German expert Herbert. 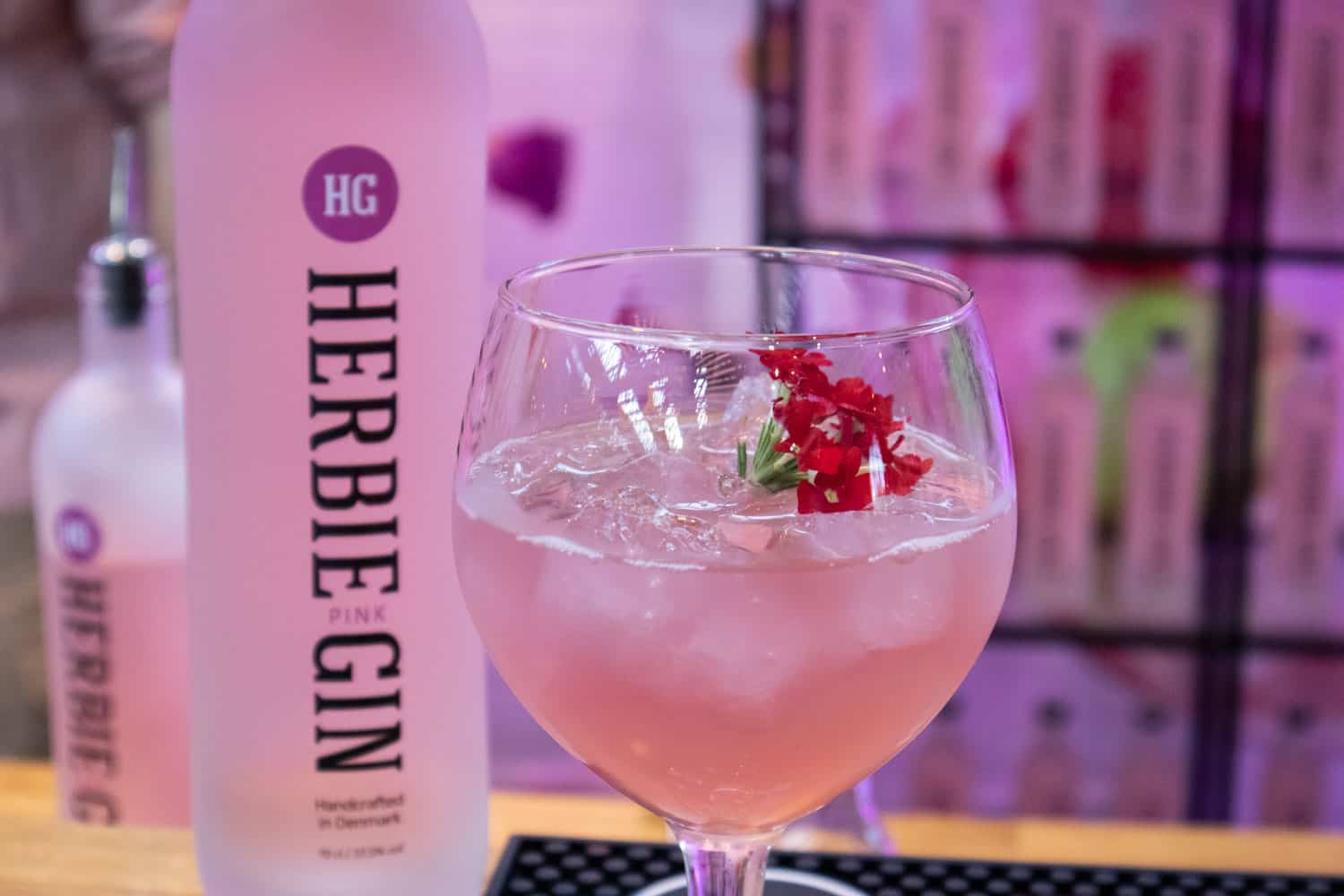 The history of gin

The name "gin" comes from Dutch, where the word "genever" is used, which has its origins in the French word for juniper: Geniévre.

It is believed that gin can be attributed to the Dutch professor of medicine Fransiscus Sylvius, who set up shop in Dutch Leiden in the 1600s. He mixed alcohol with juniper berries as a remedy for kidney pain, and the undoubtedly tasty medicine spread to England via soldiers who acquired a taste for it during the Wars of Religion.

At the time, gin was sold mainly in chemists and had a reputation for curing all sorts of ailments. We suspect, however, that the good taste was what made gin particularly popular.

The gin that existed then was very different from the gin we know today. Barley was used and it was aged in wooden casks, and the taste was closer to whisky than modern gin. Either way, we are grateful for the discoveries made by the good professor 400 years ago. His work has led us to our Herbie Gin.

We work primarily with 2 different kinds of gin today:

Distilled gin is produced by so-called redistillation of agricultural ethanol with an initial alcohol content of 96% in traditional gin stills. The finished gin must have an alcoholic strength of at least 37.5%.

After distillation, the addition of natural and nature-identical flavoring substances, flavoring preparations and sugar to flavor the gin is permitted.

The London Dry Gin category is distilled gin but meets several specific requirements. The gin is made exclusively from ethyl alcohol of agricultural origin with a maximum content of five grams of methanol per 100 liters at 100 per cent alcohol.

The gin is produced in traditional gin vats and its aroma comes from the natural botanicals used. After distillation, the alcohol content must be 70% or more. The Convention also allows the addition of up to 0.1 grams of sugar per liter of finished gin.

After distillation, nothing may be added other than water, sugar, and ethyl alcohol of agricultural origin, and here as well the minimum alcoholic strength must be 37.5%.

This type does not originate from London - it is simply a name for the distillation method.

The taste of gin

Gin is a nearly tasteless liquid. It is the herbs, which in the gin world we call botanicals, that give it its flavor. The juniper berries are self-explanatory - without them, there is no gin at all.

We then indulge our gin and your taste buds with the loving addition of botanicals such as:

Danish at its best

Proud craft traditions and uncompromising approach to raw materials and production can be tasted.

But with international acclaim! We have achieved a lot and we want you to taste the rewards!